I have a problem. I love my little kitty cat; he is the fluffiest, snuggliest little baby I know, but he has decided that my couch is his litterbox. Any time I leave him alone, he pees on the cushion. It’s weird because he very rarely does it anywhere else!

I’m working on getting him to stop- I’ve used pheremores, I lock him up while I’m gone during the day- but if you have any other suggestions, please let me know. I have taken him to the vet and they said nothing is wrong with him- it is just behavioral. Lucky me.

I’m really sad because I feel like my couch is being ruined. So, I combed the internet for cleaning techniques.

My couch is microfiber and from Ashley Furniture. I desperately want a new couch, but am afraid that he will ruin it immediately.

So, in the meantime, here is what I do to clean it: 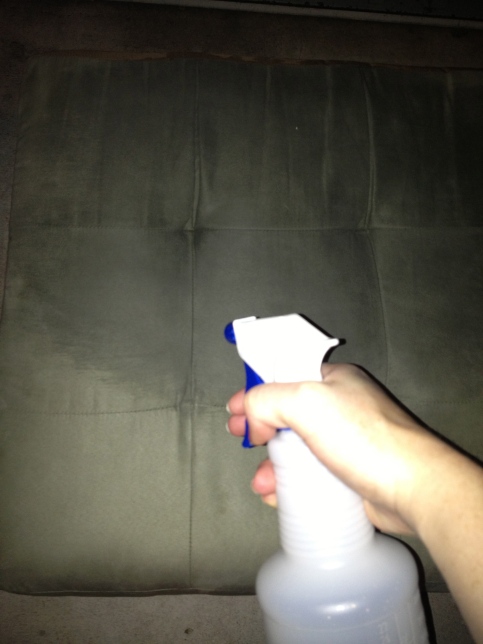 5. Then, sprinkle the entire cushion with baking soda. I sprinkled heavily, using a whole box on the 2 cushions. 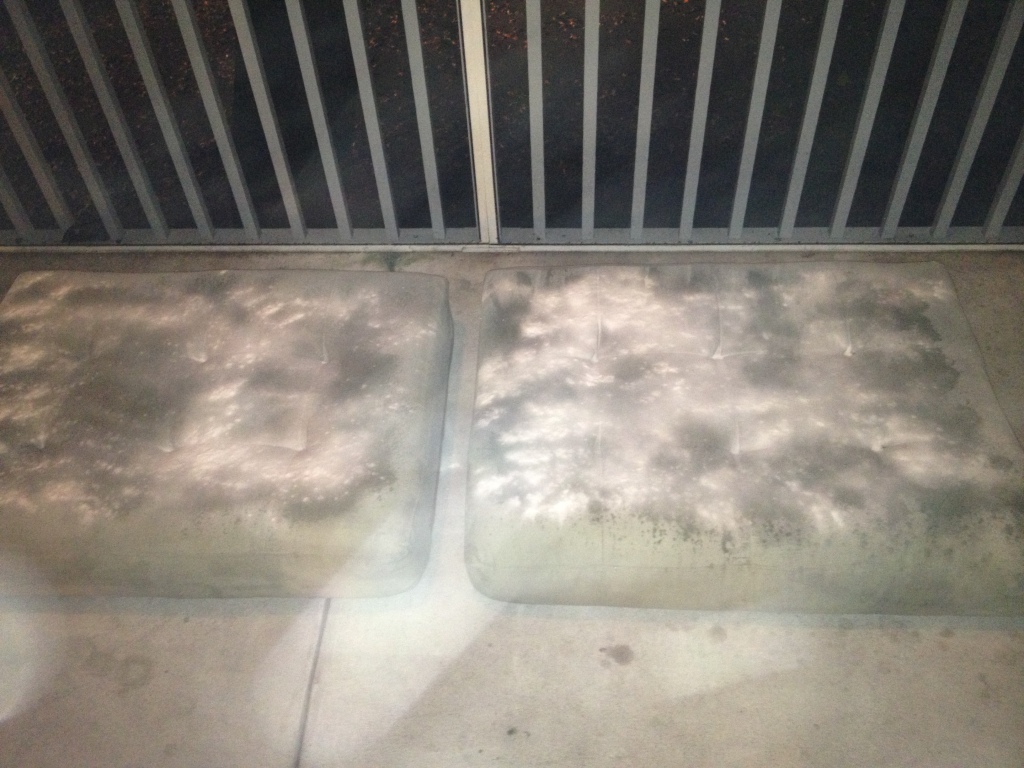 6. Let sit for at least an hour- I left mine over night.

7. Vaccum well. I used the brush attachment and vaccumed slowly, twice in each direction (vertical & horizontal). Then I placed the cushions back on the couch.

8. Optional- I scotch guarded my whole couch again once I got it clean. This will hopefully help in the future (it was also scotch guarded when I bought it about a year and a half ago.)

9. Finally, I sprayed the whole thing heavily in Febreeze. I like the super odor eliminating kind, especially for pet odors. 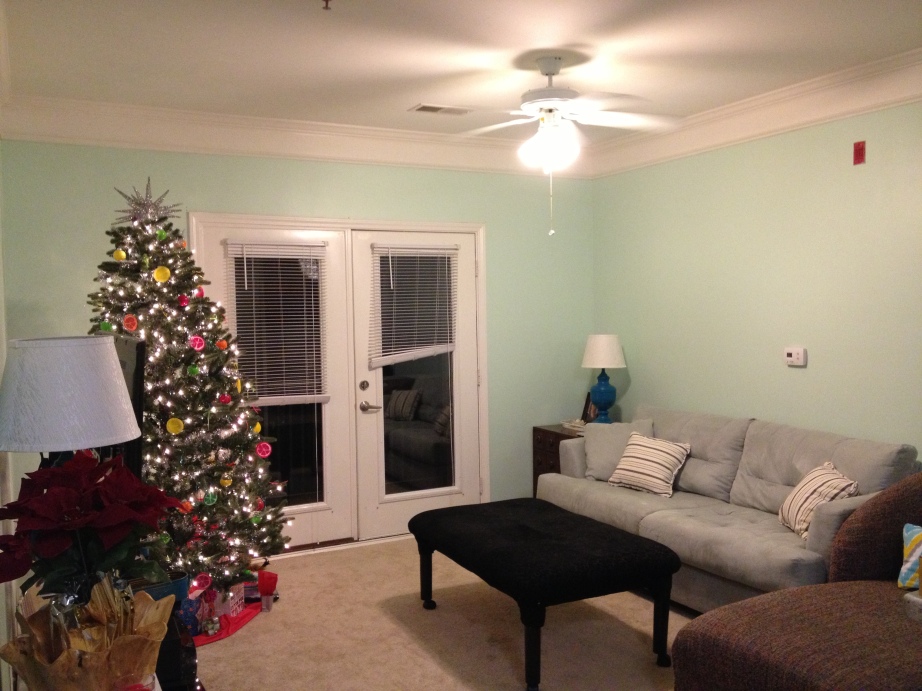 That’s it! My couch seriously smells and feels 10,000 times better! I am very happy with this system- it took a little time but was physically easy and used all ingredients I already had. Most importantly, it worked!

Do you have any tips for cleaning pet odors? What about for keeping them from being bad in the first place?